It was on a miracle of a day back in October that Rasmus from Guide Catch and I met. I’m calling it a miracle because it had rained all week and all morning, so an outdoor literary tour of Copenhagen – by bike, no less – needed a serious stroke of luck to turn out well. But oh, how it did!

We started out at Nørreport, next to the stone that marks where the old gate into the city of Copenhagen used to be. I’d passed it by thousands of times before and had never noticed it. But as I was standing there, listening to Rasmus as he slowly revealed his impressive storytelling skills, I was prompted to imagine that anything which lay at the left of Nørreport had once been a village, while Nørrebrogade, on which we later rode towards Assistens Kirkegaard, was the road that took the peasants to the city, through farms and crop fields. If you need some visual aid when you try to picture it yourself, just take a look at this painting of two Danish women from the Golden Age overlooking the now famous lakes in the city centre, or this painting of a road in Osterbro. Crazy, right? Think about that while you ride your bike through Copenhagen’s neighbourhoods today.

I chose to do a literary tour of Copenhagen with Guide Catch because it seemed like such an interesting concept – to see a city through the eyes words of its writers. These were the people who had probably wandered the city streets more than anybody else, had felt it deeply and translated it into their art, leaving us with what might be the most genuine guide to Copenhagen we could ask for. 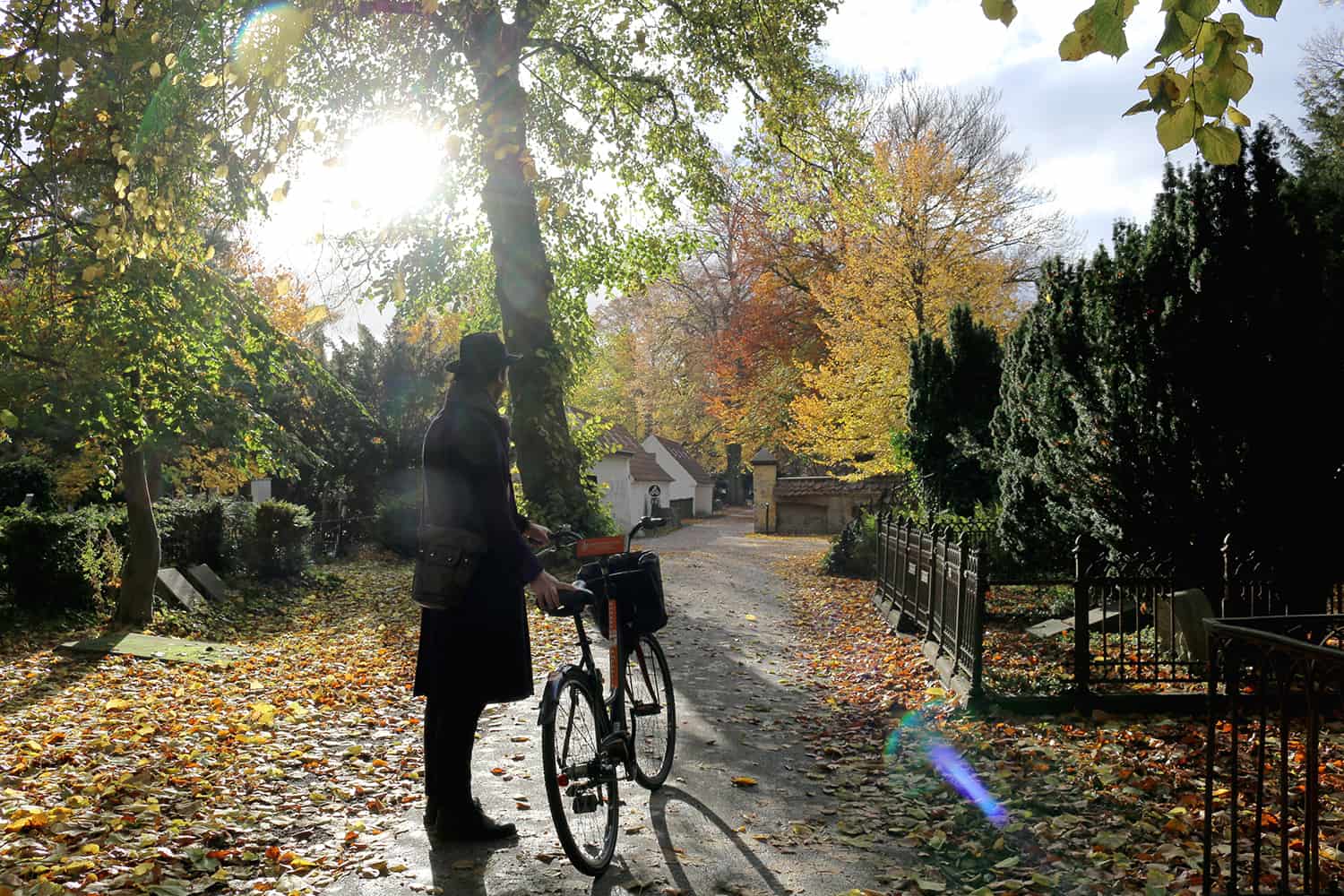 Rasmus took me to Assistens Kirkegaard in an attempt to get as close as possible to his favourite Copenhagen-based writers from different eras – and I mean it literally. For those who don’t know, Copenhagen’s popular cemetery called Assistens Kirkegaard (Assistens Cemetery) is the resting place of many famous Danish figures, as well as a beautiful park, sunbathing and picnic spot, and even part of some people’s commute to work by bike.

Now, I know it sounds creepy, but standing next to H.C Andersen’s grave and listening to somebody as they read excerpts from his work and share little known biographical anecdotes is actually truly magical. Rasmus’ selection of writers and readings did an amazing job in painting a comprehensive picture of Copenhagen of the past, and made me see the Copenhagen of the present in a completely different light. It made me want to pedal slower across storefronts and peek through backyards, stop at more antique shops just for the sake of looking at random old pictures of anonymous Danes, stare at people at stoplights a little less shamelessly and imagine their daily Danish lives. It made me want to rediscover Copenhagen on my own, which is pretty much the best you can ask for from a guided tour. 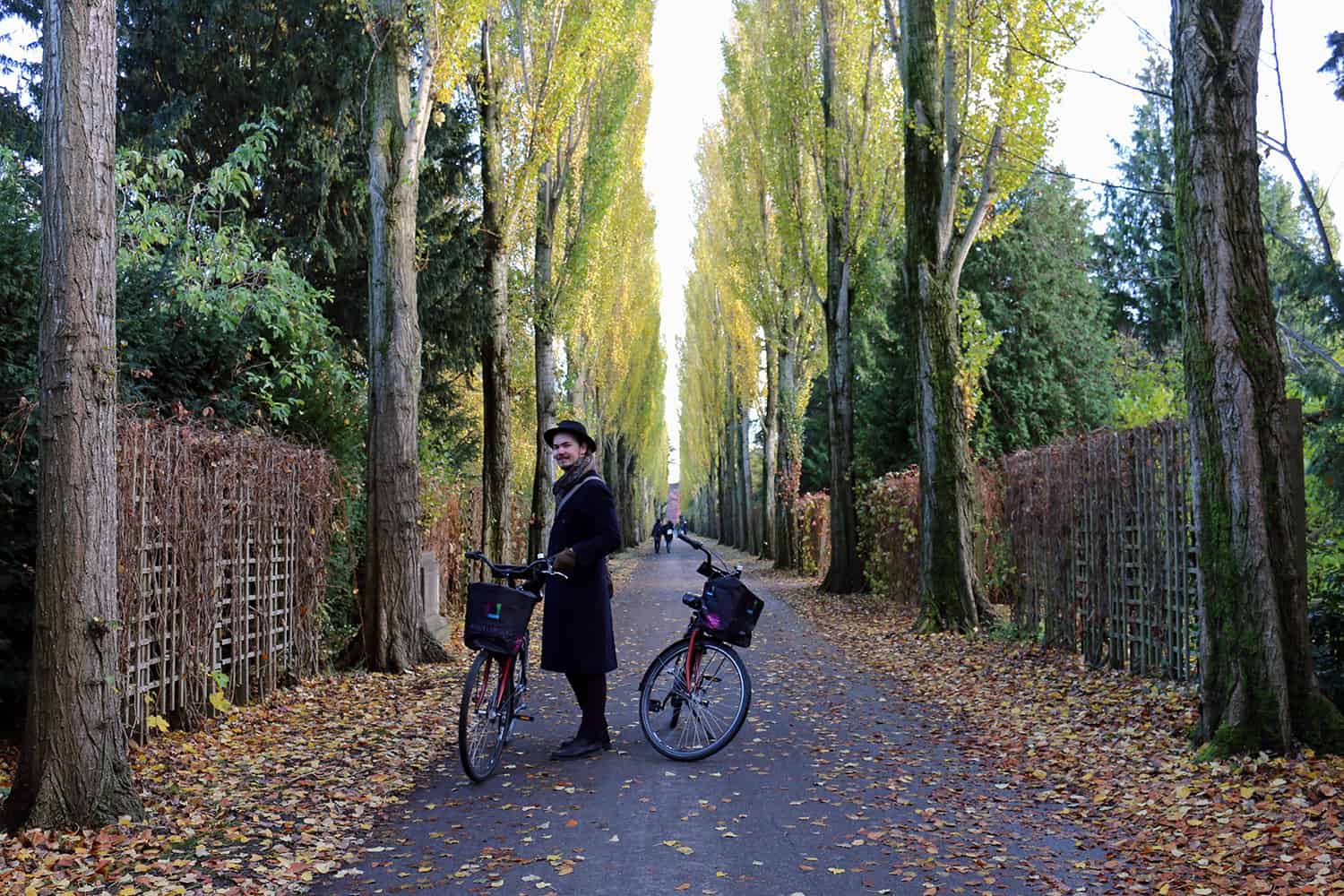 And trust me, these are not just any guided tours. What Guide Catch is trying to do is ultimately help you meet a local that shares your interests and can introduce you to the city in a way that you will actually relate to it. This, I believe, is your best chance at reaching that sort of cultural immersion we all seek when travelling to a new city. It’s easy to be lured by the top 10 sights of a touristic city, by the top rated cafes and the big museums, the canal tours and shopping streets – and there’s no reason why you shouldn’t indulge in all of them. But oh, how much more can be uncovered through a simple talk – and bike ride – with somebody who sees the city from the inside and experiences it daily in a less glamorous, but surely more authentic way.

I will leave you just as Rasmus left me at the end of our tour – with the words of Dan Turèll, in front of his tombstone, hidden deep inside this beautiful cemetery, covered in autumn leaves and the eeriest afternoon sunlight I had ever experienced in commonly grey Copenhagen.

Read the entire Last Walk Through the City poem by Dan Turèll. Here you also have the original version in Danish, in case you want to go full authentic on this one. 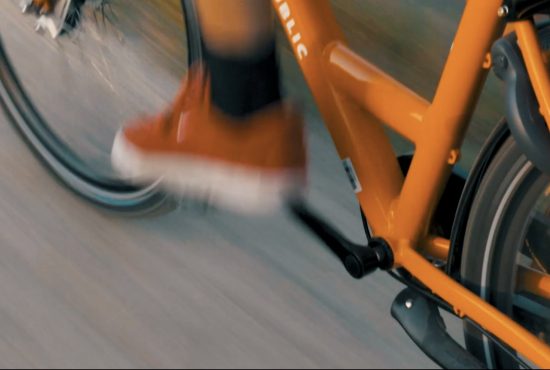 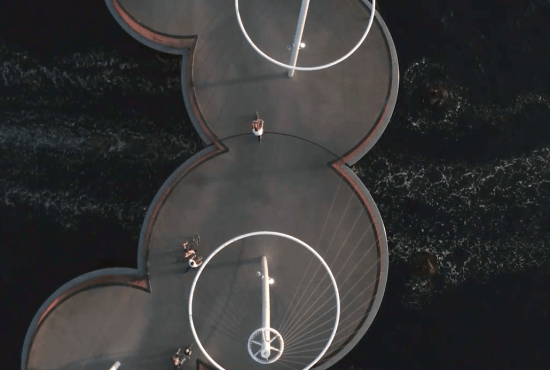 Christmas came early for us at Donkey this year! Last week, the bike-friendly city has awarded Donkey Republic with 2,075...
Read More
By using this website you consent to the use of cookies to improve the website experience.OkRead more