Hi guys. You probably think I’m totally cray cray for writing this post. Walking?? Who would walk? Right? Well…even though we’re all addicted to cycling, there will be the occasional walking, for instance, I would never encourage someone to drink and drive, and drinking and biking are often not a good combo either. As well, there may be other occasions where you may decide to walk, and no one should judge you on that. However, when walking in Copenhagen, there are a few tips and tricks, some of them strict rules, to remember. These are mainly designed for everyone to get along and for no one to get run down. Alright, let’s go. 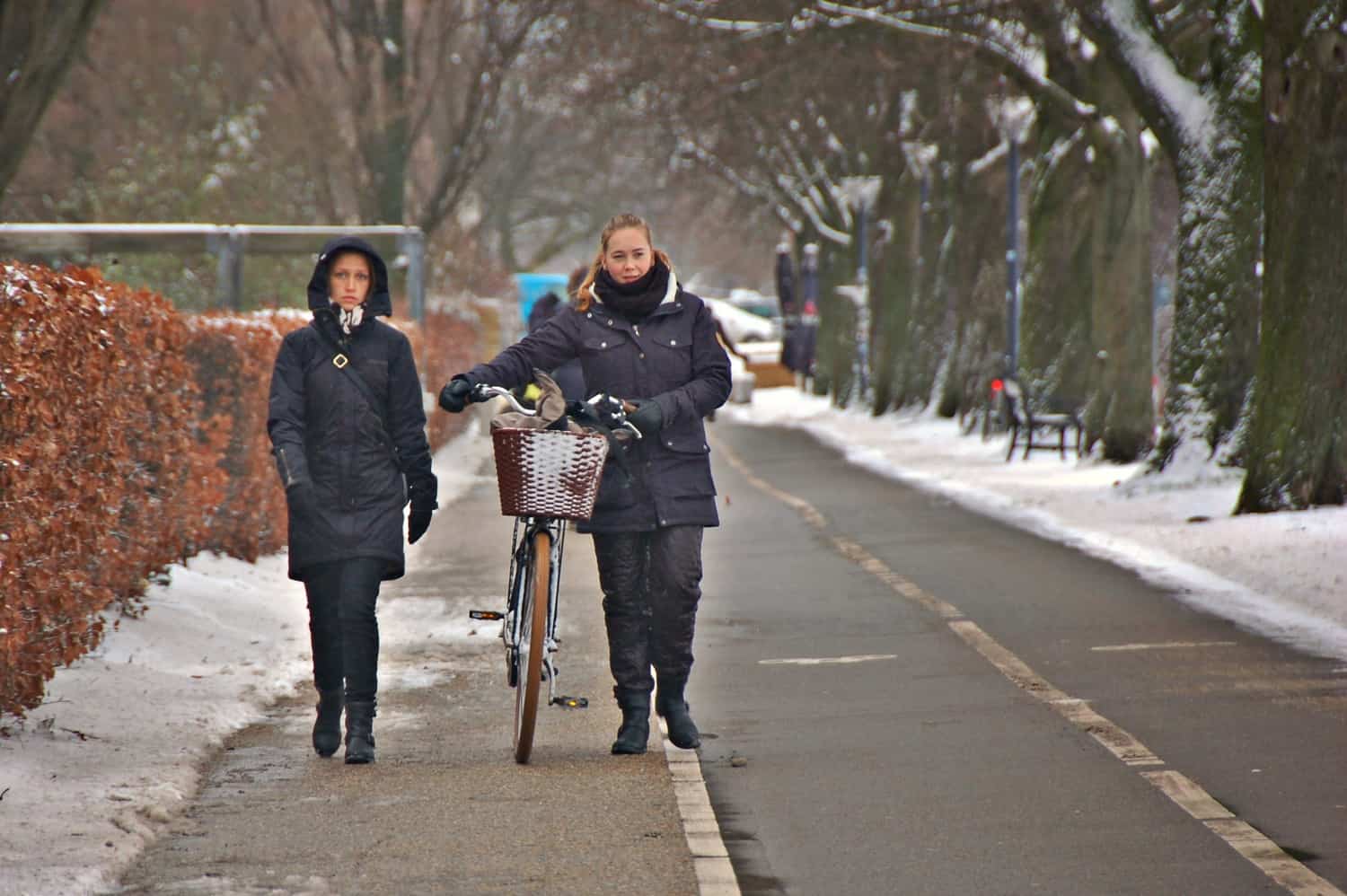 LOOK UP. When you’re biking you’re constantly looking around for the people walking. There’s nothing worse (and more dangerous) than someone who looks like they’re about to cross the road, but they don’t look up so you have no idea whether or not they’ll wait or if they’ll soon venture out on a dangerous adventure. Therefore, look up! Make eye contact with the cyclist so that he or she will know that you’ve seen them and will either stop or try to make it across before they hit you. It’s not only annoying but also super dangerous, for you, the cyclists and all the cyclists behind the bike that stops suddenly.

Don’t cross a red light. If you walk through Copenhagen at three in the morning on a Tuesday, you’ll see pedestrians waiting at a red light, even though there are no cars or bikes in sight. Seem stupid? Yes. Do we still do it? Yes. Why? Well, first of all, you will be heavily fined if someone sees you crossing a red light. Secondly, one of the reasons traffic works rather smoothly in Copenhagen is because we actually adhere to traffic rules. Because while we think we see it all, we really don’t. Maybe we missed the bike from around the corner, or behind the bus that turned. So, we wait.

Stay on the sidewalk. Especially if you walk around central Copenhagen, it’s super tempting to take up a lot of space in the middle of the road. But please, don’t. All the books on Danes say that we love rules (some say a little too much), but really, it’s what makes the wheels go (literally in this case). Biking in central Copenhagen can be tricky enough as it is, and while the challenge of getting through a crowded street can be fun, it’s also very slow and not very fun if you actually hit someone.

That’s it really. Easy. And you’ll be super happy when you’re on your bike and the people walking follow these rules. ENJOY.